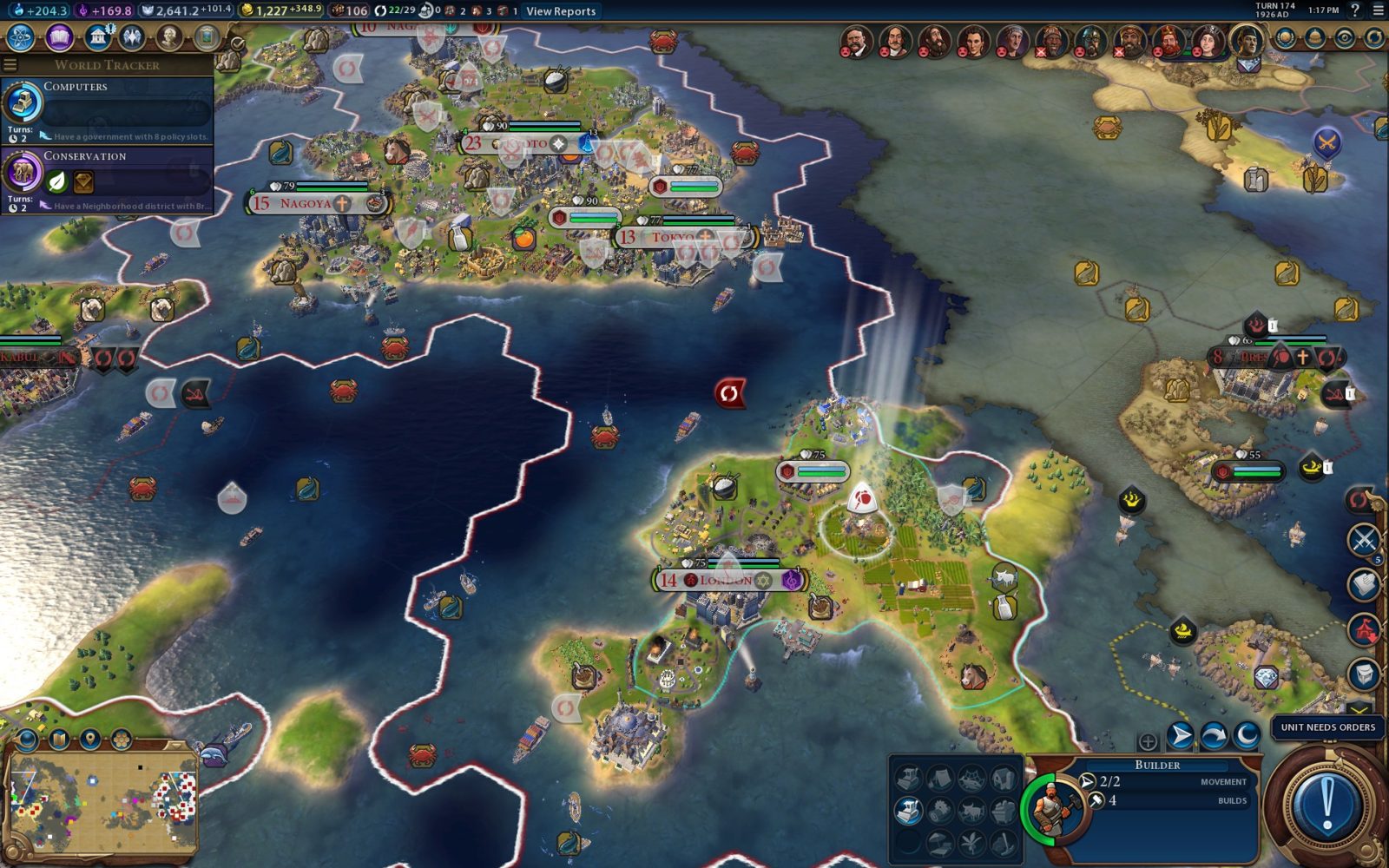 Look at the image above. Now think about it. Can you really parse what’s going on?

Civilization as a franchise struggles with how to properly display information in a way which is both accessible and useful. Civilization 4 struck probably the perfect balance; information which is urgent and necessary is clearly depicted, while minor information is shuffled off to the side or relegated to a toggle for more advanced players.

Civilization 5, in general, continued this trend. The world map is a little more obtuse due to units coating every square inch of territory, but the general UI remained as usable as ever. You can play a game of Civilization 5 from start to finish on the largest map size and never feel lost.

But that screenshot above, from Civilization 6, is absolute horseshit. There is so much information vying for my attention, from units on the field to tile improvements to city health bars. Buttons and numbers and UI fucking everywhere. It’s impossible to tell what’s going on at a glance, which is incredibly frustrating for an experienced strategy game player. You want to be able to move smoothly from turn to turn, not struggle with a UI that seems to actively hate you. I’ve played every Civilization game since Civilization 2, along with other common grand strategy and 4x games like Master of Orion and Crusader Kings, and I’ve never seen a UI this bad.

Yes, I realize I just said a Paradox game’s UI is better than Civilization 6’s. Where Paradox seems to be moving forward, Firaxis seems to be sliding back.

Thankfully, there’s a project on the Civilization forums to fix Civ 6’s UI. Here’s hoping it gets the support it needs, because they have a long and perilous task ahead of them.

Bonus screenshot for fun: look at the fucking gall of Victoria, demanding all these luxuries and offering nothing in return, despite the fact that I reduced her to a single city in less than ten turns. 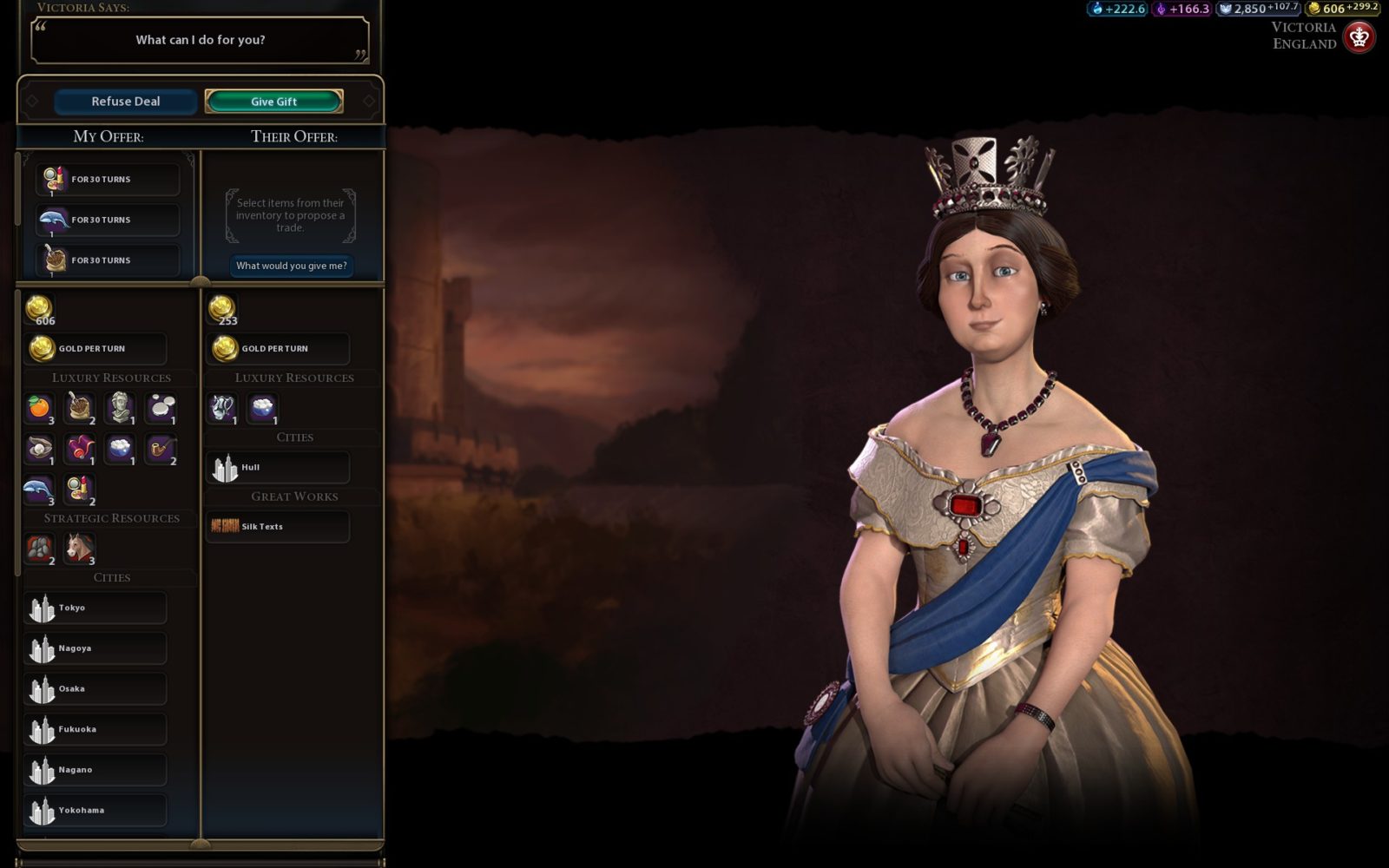