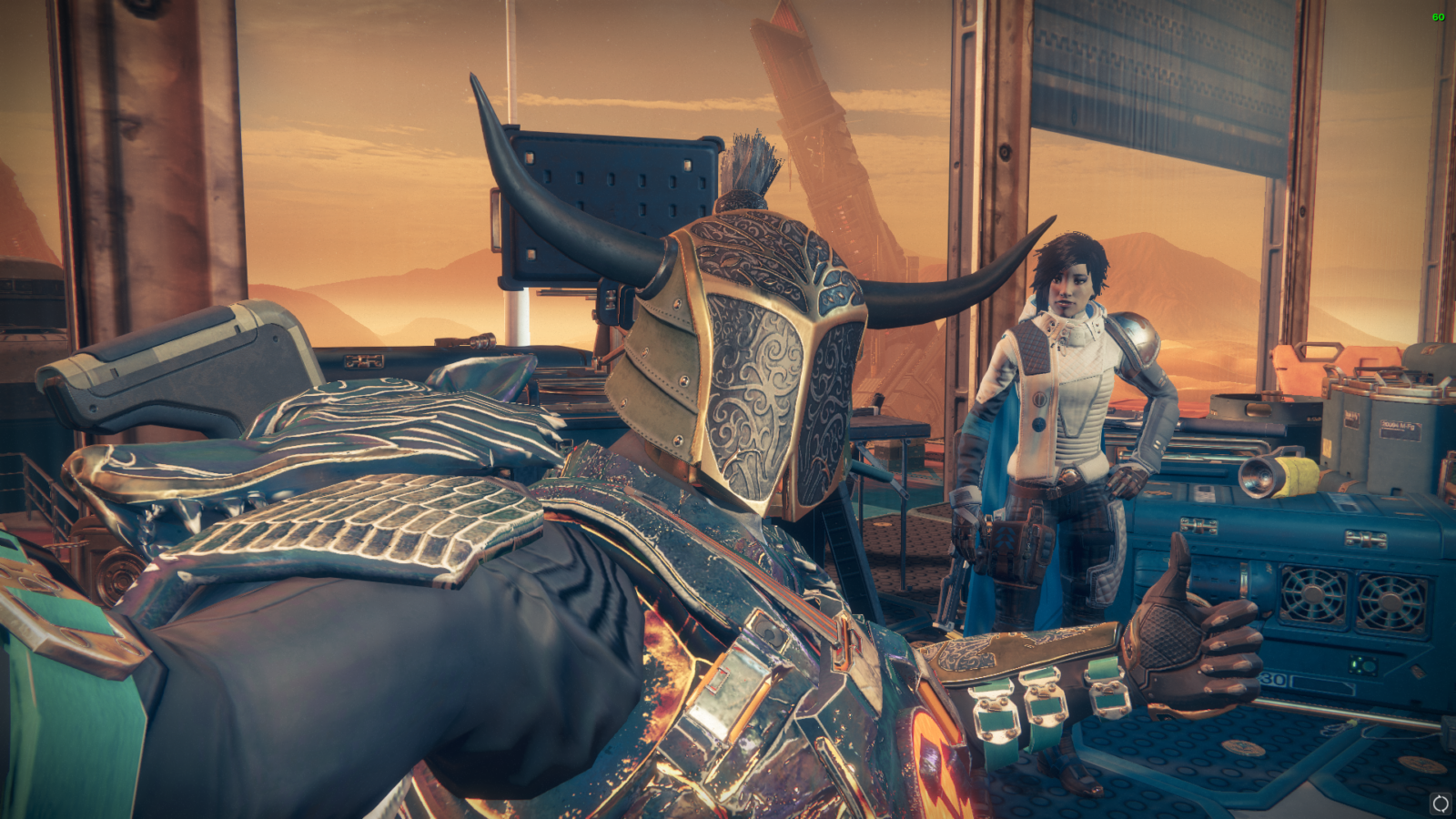 Comparing Warframe and Destiny 2 is easier than you’d think. Both are sci-fi MMOs designed to suck away huge chunks of your time. Both have elaborate, arcane rewards systems. Both have a huge collection of guns and powers to try until you find your favorite.

Destiny 2 is my favorite at the moment, but that’s because I enjoy the shooting and moving a lot more than I do in Warframe. Every weapon has a distinctive weight and feel to it, player characters are mobile without being hyper-mobile, and combat is a lot more predictable. In Warframe you kill hundreds and hundreds of enemies per mission; in Destiny 2 you kill maybe 150, if you’re murdering absolutely everything.

Warframe, as mentioned yesterday, has a surfeit of systems by which you get rewards and interact with the world, and I do like the variety it offers more than Destiny 2. That there are so many ways to interact non-violently with things – such as scanning, fishing, mining, treasure hunting, and so on – is greatly to Warframe’s credit. But the grind in Warframe is so extreme compared to Destiny 2, and Destiny 2 is no stranger to heavy grind already. If I sit down for two hours with Destiny 2, I know I’m going to get at least three distinct upgrades through completing my weeklies; if I sit down for two hours with Warframe, I might get lucky and get something I want, but there’s no real way of knowing.

I do hope that each game gradually lifts more from the other, considering their subsurface similarities. Warframe could do with Destiny 2’s “stickier” combat, and Destiny 2 could do with more unique rewards schemes.

It seems obvious – banal, even – but I think my favorite kind of reward scheme is “semi-predictable rewards.”

To qualify as a semi-predictable rewards scheme (to me, anyway), a game’s rewards structure must follow three simple tenets:

Destiny 2 satisfies 1 and 2, but fails 3. Rewards have predictable sources – vendor engrams, with a separate world drop table – and they drop in ways which allow for players to manipulate the tables – spending tokens at vendors to get specific weapons and armor instead of relying on engrams – but it’s still a bit of a grind. Completing all your strike weeklies and daily challenges on a single character will give you approximately enough Vanguard tokens for two engram drops, but those drops will be under or at your light level, so it’s not really much of a benefit. Bungie did recently add seasonal reputation rewards – get engrams 50 times to get an exotic ship! – which is an improvement, but it’s still a pain to get the upgrades you so fervently desire.

Warframe satisfies 1 and 2, but fails 3, just like Destiny 2. It’s predictable but grinding. Since every item in Warframe is a potential upgrade – whereas Destiny 2’s problem is very few items are – getting a single item in Warframe is a huge grind. You have to grind for the blueprints necessary to construct it, then the materials, then the mods to make it good, then Forma and Orokin Catalysts/Reactors to make it even better. Creating a halfway-decent piece of gear in Warframe requires hours and hours of investment, and at the end it probably won’t be quite what you want; acquiring a halfway-decent piece of gear in Destiny 2 is simple, it just won’t be at the power level you desire unless you get it from a weekly.

In a stunning upset, Diablo 3 satisfies all three requirements. Rewards have predictable drop sources – particular activities always drop legendaries, and some activities drop specific legendaries unique to that activity – players can manipulate the drop tables through the Torment system, and rewards are acquired in reasonable time frames – completing an activity at a reasonable Torment level takes maybe ten minutes solo. You can even trash unwanted legendaries using the cube system to allow for more diverse builds. The only downside to Diablo 3’s system is it’s not more manipulable; more granular sources for gear, rather than “complete a Greater Rift”, would be nice.

I find it rewarding to have just enough randomness that getting something I like is a cool surprise. Too much, and everything feels useless; too little, and it’s just a checklist. Semi-predictable rewards – especially when tied to more complicated systems – strike the perfect balance.